AB&T has its roots in the 1920's with the birth of commercial radio and the harsh realities of the Great Depression.

That was when an energetic Westinghouse engineer in Pittsburgh, Frank Conrad, pioneered the first public radio broadcast from his living room, playing phonograph songs for his neighbors who listened on homemade radios. As his broadcast gained popularity, the president of Westinghouse convinced the engineer to move the broadcast to the company's rooftop in exchange for better equipment and a stronger signal. Westinghouse stated making radios for the larger audience and the radio industry was born. That radio station, KDKA, is still broadcasting and is the oldest operating ratio station in the country.

As radios became popular in Pittsburgh in the 1920's, a huge demand for radio parts materialized. During this period Emmet J Tydings became stranded in Pittsburgh while on a sales trip as the company he worked for shut down overnight, falling victim to the Depression. Another eager radio parts vendor urged Tydings to stay put and set up shop there selling to the public while they supplied him inventory and credit. 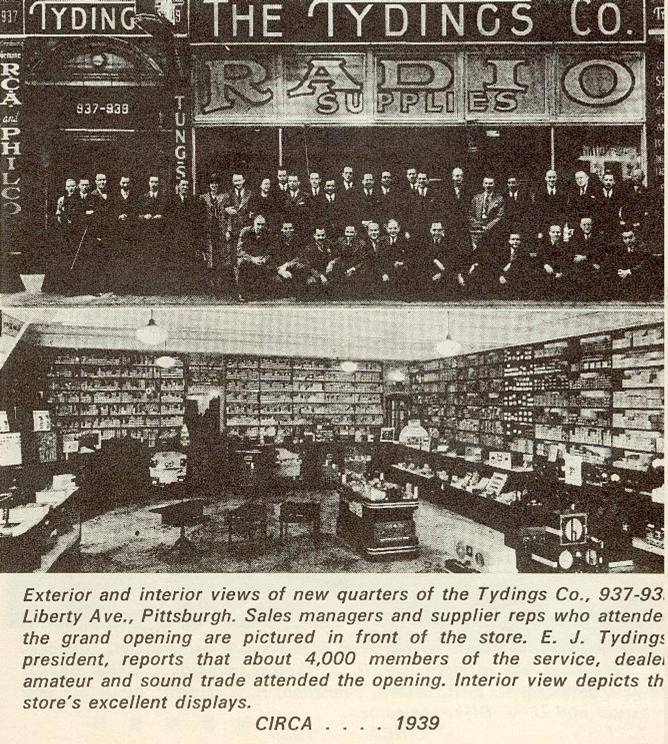 In 1947, when Tydings' son Dick returned from WWII with a wife in tow and baby on the way, he came to his father to get a referral for a sales position in electronics. Dick secured a job with the rep firm Morris Taylor Company, a major supplier to Tydings Electronics. In 1963, Dick branched out to form AB&T Sales with partner Hal Blumenstein (hence the "B&T" name roots) to take advantage of mushrooming sales in the nascent "HiFi" business (later known as the Consumer Electronics business) that Morris Taylor Co. thought was merely a passing fad.

Early on, AB&T had two big product hits with Harmon Kardon and Dynaco, two titans of the early HiFi industry. With new vendors like Maxell audio/video and HiGain CB's, the firm grew larger still in the late 60's.

Starting in the 70's, big name vendors like Sanyo, Panasonic, Sharp, Magnavox, Akai, NEC and others contributed to a long growth period that lasted into the 80's.

Dick Tydings retired in 1979 and turned the company reigns over to his then partner, Milt Deines, who continued to successfully grow the company. The next big change came along when Maxell added Floppy Disk to it's A/V media line. Retail sales of the floppy disk grew visible enough by 1982 to prompt a new software company named VisiCorp to contact Maxell for advice on getting their VisiCalc spreadsheet software program out to dealers. AB&T brought VisiCorp on as a product line just as it was emerging to become the catalyst in fueling the PC as a general business tool. From that initial success, AB&T dove deeper into PC and peripheral products sales. With lines like Intel, Maxell, Commodore, PFS and others, the computer peripherals division matched the consumer electronics division in annual sales by 1986.

Many changes have taken place over the last two decades at AB&T, most notably, the dramatic consolidation of the dealer base in both consumer electronics and computer products. AB&T responded early to those changes in 1994 by writing a new business plan to grow nationally and consolidate the rep business in lock-step with the retail industry. In 1995 AB&T Sales was the first electronics rep firm to undertake a national expansion plan by buying up other small rep firms across the U.S. AB&T's "Best Foot Forward" strategy kept us focused on expanding successfully only when the opportunity was right.

Ultimately, AB&T purchased firms in Florida, Georgia, Texas, California and Minnesota. With more successes than failures, the whole of AB&T quickly became far more powerful that the sum of its parts, and is one of the primary reasons AB&T Sales stayed in business while the majority of its competitors vanished. AB&T Sales legacy of servicing hundreds of "Mom & Pop Shops" in the Mid-Atlantic region morphed into servicing a few dozen national mega-accounts across the nation.

More important than AB&T's national expansion was the accumulated knowledge of decades of experience in indirect sales channels and technology products. Hence, in the late 90's AB&T undertook to diversify into telecommunications services which were closely related to the mission of the VARs it had serviced for decades in the PC business. By that time services were not new to AB&T since in 1994 it had contracted with GE to introduce their extended warranty plans to big box retail. Five years and $1/2 billion later in sales [of GE warranty contracts] AB&T Telecom had a solid plan for marketing telecommunications services.

In 1998 we introduced Qwest Prepaid Long Distance Calling Cards through retailers like Circuit City, CompUSA and SuperValue Grocery Stores. However, when we called on the Office Superstores for these products, they suggested that we look at offering other business oriented telecom services.

Ironically, our response to the big retailers' request led ultimately to AB&T introducing telecom services not through retailers, but instead through the VAR, and later the telecom agent "channel" as a natural extension of our experience selling computer products through VAR's and System Integrators. Now AB&T Telecom is one of the largest telecom master agencies in the country with over 500 resellers nationwide with over 40 carriers and service providers and private label services of our own. 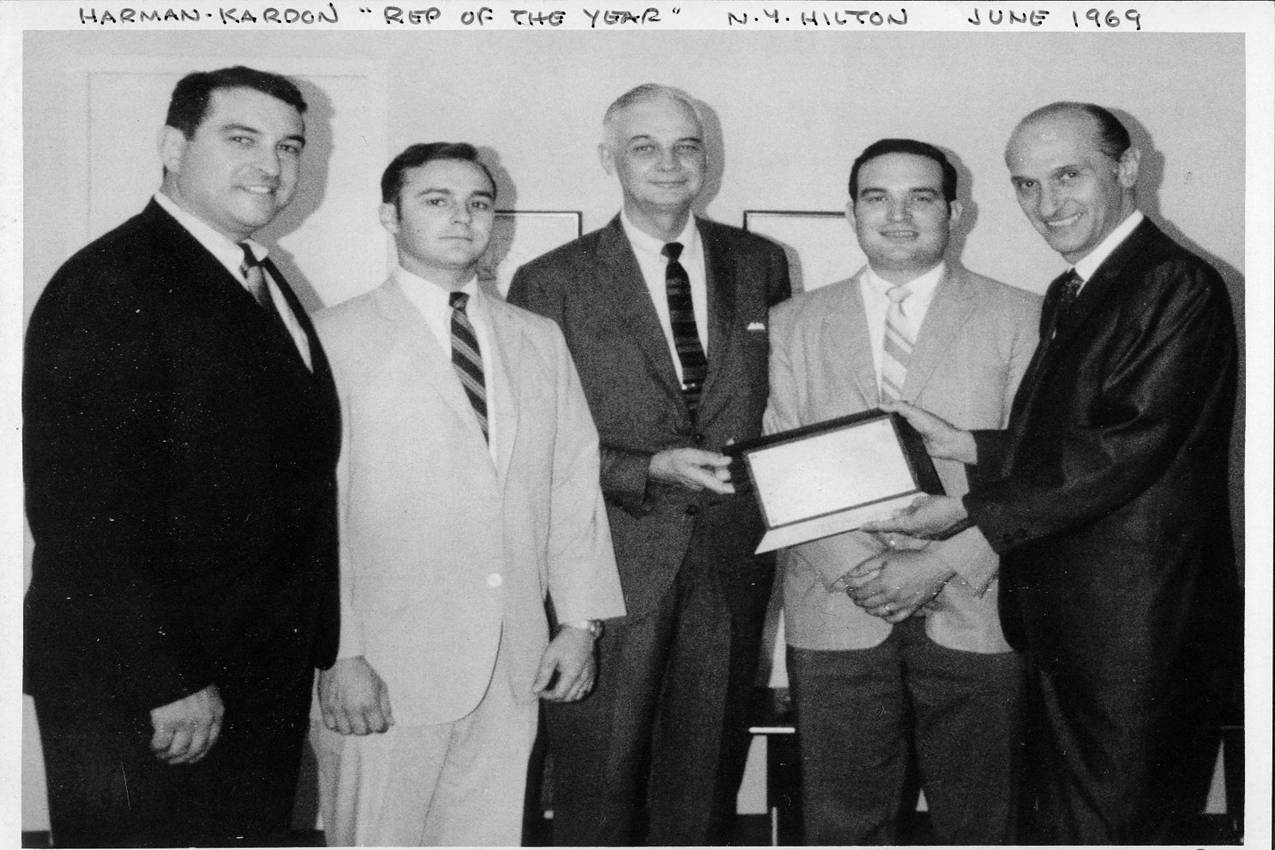 The "next big thing" at AB&T was the launch of PRI, our design, licensing, and foreign sourcing and supply chain management company based out of Richmond, VA and Shanghai, China. With multiple US offices, our PRI operations synchronize sourcing and supply chain management for US partners seamlessly from across the world in Shanghai through our Richmond offices. PRI re-engineered the role of middle-man-facilitator to a far more efficient level by creating a model that eliminates every last unnecessary layer of cost. PRI's hyper-efficient direct sourcing-supply chain model (we call it "speed sourcing") fills a major void that tier-1 brands and foreign "buying offices" can't address for national retailers. PRI supplied some of the biggest names in retail electronics in the US. before the owners spun the business off in 2011.

Today, AB&T Telecom survivies as the primary business in its continuing evolution. AB&T Telecom conducted a "spin-off" from the other companies to form AB&T Telecom, LLC dba/AB&T Telecom in December 2009. AB&T Telecom has doubled in size in less than a year and a half from that time and has opened additional offices. We have pioneered channel selling of Cloud services and Unified Communications with a leadership position in these areas. AB&T Telecom anticipates growing more than two-fold again as we approach our 50th Anniversary under the AB&T name in 2013.